Empty order books, abandoned ice cream parlors and closed movie theaters. The Ministry of Justice is responding to the ravages of COVID-19 in Germany by relaxing insolvency rules. Companies that are currently struggling with the consequences of the Corona pandemic do not have to comply with the normal obligation to file for insolvency.

No obligation to file for insolvency until the end of September

The Federal Government is accommodating companies that are already fighting for their existence or will be fighting for it in the near future. Christine Lambrecht announced the suspension of the obligation to file for insolvency until 30 September 2020. A possible extension until 31 March 2021 remains to be seen. Under normal circumstances, managing directors only have a period of 3 weeks to file an application with the court after a review of the reasons for insolvency.

If help comes too late

Minister of Justice Lambrecht justified the introduction “We want to prevent companies having to file for insolvency only because the aid decided by the Federal Government does not reach them in time.” By the time the emergency aid apparatus really gets going, however, it will probably be too late for many disadvantaged companies or startups. This is at least what this decision suggests.

The regular rules are very strict. In scenarios such as liquidity bottlenecks, insolvency or over-indebtedness arise, the solvency of a company must immediately be assessed. If a company is determined not to be solvent, its CEO/executive board must start proceedings right away. A delay in filing for insolvency runs the risk of criminal prosecution punishable by fines or even imprisonment. The latter requires deliberate action.

However, decision-makers should not see the suspension as a blank cheque. The application of this special regulation is tied to certain conditions. In the press release of the BMJV of 16.3.2020 it says:

“A precondition for suspension should be that the reason for insolvency is based on the effects of the corona epidemic and that there are reasonable prospects of reorganisation based on an application for public assistance or serious financing or reorganisation negotiations by an applicant.”

This suspension gives hope but still leaves many questions unanswered

Unfortunately, it is still unclear what direct proof of the effects of the corona epidemic could look like. Are companies that were already in a financially weak position allowed to take advantage of this regulation at all? In many industries, researching the causes is not easy. The more complex the interdependencies between customer intrusion and individual links in the supply chain are, the more difficult it becomes to explain the corona evidence chain.

And what exactly do serious restructuring negotiations look like? Who is liable if it is established retroactively that the conditions for applying the derogation were not met? Germany’s supervisory boards, investors, lawyers and insolvency administrators are eagerly awaiting a tightening up of the measure. Without a transparent set of rules, it will probably be able to prevent only a little damage to German companies.

Such measures underline the seriousness of the situation

The regular rules that govern insolvency are never dissolved lightly, as they are primarily intended to protect creditors. The means of easing the rules have already been used successfully in past economic downturns. Most recently, the insolvency laws were temporarily relaxed during the financial crisis from 2008 and the floods of 2013 and 2016 in order to slow down the financial decline of companies.

In addition to the hospitality industry, the current exceptional situation will first hit the retail trade and the cultural and creative industries. Operators of pubs, cinemas, hairdressing salons, petrol stations and travel agencies throughout Germany rightly fear for their existence, employees for their jobs. Thus, many applications for Kurzarbeitgeld (reduced hours compensation) are being made. Even larger companies are not spared: among the first to declare insolvency are the pasta franchise Vapiano and the steakhouse chain Maredo. 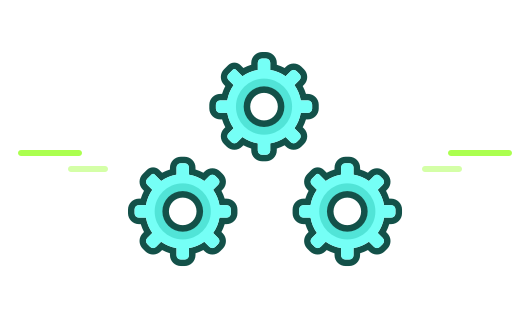